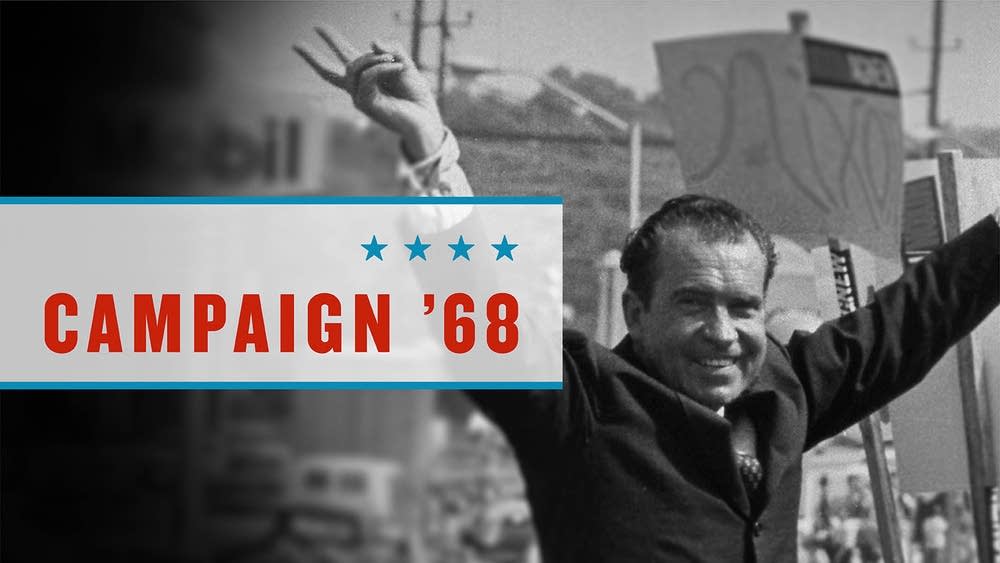 The 1968 presidential election was a watershed in American politics. After dominating the political landscape for more than a generation, the Democratic Party crumbled. Richard M. Nixon was elected president and a new era of Republican conservatism was born. In Campaign '68, we look back 50 years to this dramatic story.

To his followers, RFK was an almost messianic figure. But he was killed just as his bid for the Democratic nomination appeared to be succeeding.

The Republican candidate promised to end the Vietnam War and to restore law and order to a nation wracked by racial violence. Nixon's slick media campaign became a blueprint for presidential politics to follow.

The sitting vice president won the Democratic nomination and ran a surprisingly competitive campaign without much support from LBJ.

The former Alabama governor stirred the resentments of white, working-class Democrats. His appeal to this voting bloc helped shape GOP political strategy for the next 40 years.

The 1968 presidential contest was marked by surprising turns, tragic violence and a momentous outcome. Three major forces shaped these events: a controversial war, fractious race relations, and the rising power of television.

View a timeline of the 1968 campaign season.