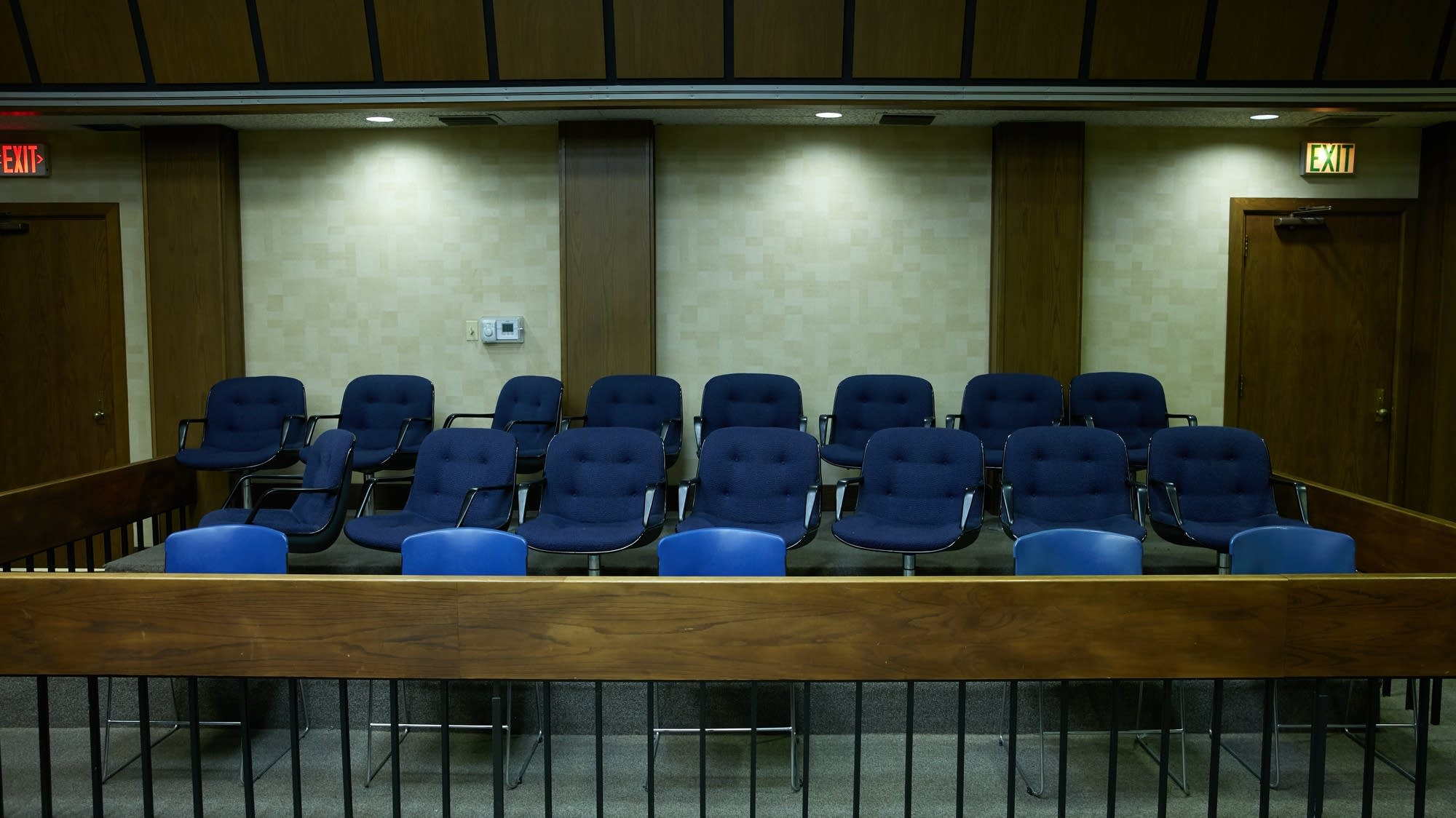 Mississippi D.A. Doug Evans has long history of striking Black people from juries
We gathered data on juries in central Mississippi going back 26 years. Analyzing hundreds of trials, we found that prosecutors were more than four times more likely to exclude Black jurors.

We know that race was an important factor in the Curtis Flowers case. Flowers has been tried six times for the 1996 murders of four people at the Tardy Furniture store in Winona, Mississippi. He was first convicted by an all-white jury in 1997, and he was convicted three more times, always by nearly all-white juries. Flowers' case wasn't an aberration.

Over a 26-year period — from 1992 to 2017 — prosecutors excluded Black prospective jurors at a much higher rate than whites, an analysis of jury selection data shows. Using information on more than 6,700 jurors in 225 trials during Doug Evans' tenure as the top prosecutor in Mississippi's Fifth Circuit Court District, APM Reports found that his office struck Black people from a jury at almost 4½ times the rate it struck white people. The prosecution struck 50 percent of eligible Black jurors compared to only 11 percent of eligible whites. APM Reports also found that even when controlling for other, race-neutral factors raised during juror questioning, Black jurors were still far more likely to be struck than white jurors who answered in the same way.

During jury selection, the juror pool is first narrowed by strikes for cause, meaning that the judge and lawyers strike jurors because their answers to questions indicate they can't judge the case fairly. Prosecutors and defense attorneys then go down the list of remaining prospective jurors in order and eliminate the ones they don't want on the jury with "peremptory strikes."

The U.S. Supreme Court has ruled it unconstitutional to exclude people from a jury based on race or gender. But that standard is difficult to enforce. Moreover, no agency tracks jury composition and selection in courtrooms across the country, at either the local or national level.

Though the APM Reports analysis offers just a snapshot of jury selection in one section of one state, it's still one of the most comprehensive investigations of race in jury selection ever performed in the United States.

We attempted to gather the race of jurors in all 418 trials that Doug Evans has prosecuted since 1992. It was available for 225 trials. Scroll down to explore the data and how we compiled it.

The circles in this graphic represent the 6,763 prospective jurors who showed up for jury selection in those trials.

61% were white, 39% were Black. This jury pool roughly reflected the racial makeup of the Fifth Circuit Court District, which is 40% Black.

But our analysis found stark racial disparities at every step in the jury selection process.

The circles highlighted here are the 1,342 jurors who were struck for cause. A disproportionate number of them — 57% — were Black. Only 43% of jurors struck for cause were white.

These are the 2,733 jurors removed by either the prosecution or defense with peremptory strikes.

We analyzed how each side used peremptory strikes and found wide racial disparities.

Prosecutors used their peremptory strikes mainly to remove Black prospective jurors. They struck 1,275 jurors. 71% of them were Black, only 29% were white.

This made the jury pool much whiter. Entering this stage of jury selection, the pool had been 35% Black. Following the prosecution's strikes, the remaining pool was only 21% Black.

These are the jurors struck by the defense. The defense can strike only jurors that the prosecution has accepted. Presented with a pool that was 79% white, the defense used the vast majority (91%) of its 1,458 peremptory strikes against white jurors.

These are the 2,688 people who served on Fifth Circuit Court District juries (or were alternates) between 1992 and 2017.

The juries weren't representative of the district's overall population, which is 60% white.

Gathering information for the analysis

The reporting for this analysis was arduous. Because there isn't a complete record of trials in the Fifth Circuit Court District, our reporters had to create their own list. Through a combination of records requests and reviewing the docket books at each of the eight courthouses in the district, reporters found 418 trials that Evans or his office prosecuted during his 26 years in office.

Reporters then went to the courthouses and scanned more than 115,000 pages of court records and jury selection transcripts. They also searched the state archives and the Mississippi Supreme Court for any missing documents. They catalogued every trial and created a digital file for each one.

The reporters then searched each file for five pieces of documentation:

Reporters typed all the information pulled from these five sources into a database. They also recorded basic information about each trial, including the names of the prosecution and defense attorneys, the charges against the defendant, the defendant's race, the verdict and whether the case was appealed.

With all the information in one place, the reporters first reviewed the trials where attorneys' strike decisions and the race of the jurors' had been recorded in the court records.

Reporters had noted the juror's name, race, gender if available (it was often also included in the judge or court reporter's notations), whether the juror was struck, by whom and the juror's strike eligibility, meaning whether the juror had the possibility of being struck by the prosecution or the defense or both or neither. Strike eligibility changed from juror to juror over the course of the selection process. The defense, for instance, didn't have the option of striking jurors who'd already been struck by the state. At other times, lawyers on one side or the other couldn't strike jurors because they'd run out of peremptory challenges. Reporters used strike eligibility to track which side had the option of striking or accepting the juror.

When the handwriting of the judges was hard to read, reporters left the race coded as "unknown" and stopped tracking that particular juror.

Here is an example of a set of jurors whose race and gender are clearly marked. This is representative of what many of the juror lists looked like:

Here is an example of an ambiguous entry that has both a B and a W marked. This juror's race was entered as "unknown": 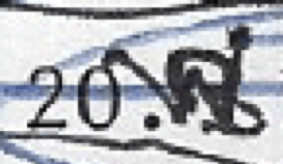 APM Reports found race and strike data on 198 jury lists and 27 additional trial transcripts, yielding data from 225 trials, more than half of all trials in the Fifth Circuit Court District since Doug Evans took office. The race of jurors in the remaining 193 trials is unknown for one of two reasons: either pages were missing from the court record or the race of the jurors was not entered into the record in the first place.

Reporters cross-checked the findings by isolating a number of variables: Strikes were analyzed by county, for different kinds of crimes and by race of the defendant. In every instance, a racial disparity in strikes persisted.

What the analysis does not show

This analysis does not prove the jurors were struck because they were Black. Why not? Because of too many other factors, some unknown. It simply shows that Black potential jurors in the Fifth Circuit Court District were struck at a rate nearly 4½ times that of white potential jurors.

In 89 of the trials for which reporters had complete voir dire transcripts, reporters could see two critical factors together: the race of a prospective juror and his or her answers to questions during the jury selection process.

Reporters used more than 60 variables to track how jurors responded to questions from prosecutors and defense attorneys during jury selection. They recorded that information in a database. For example, potential jurors were asked whether they were related to law enforcement officers, if they knew anything about the case, or if they had ever been accused of a crime.

This allowed reporters to examine whether the vast racial disparity in the prosecution's jury strikes could be explained by other, race-neutral factors. But those other factors did not come close to explaining away the disparity. It persisted regardless of how the jurors answered.

Even when controlling for other variables, race was one of the most powerful factors predicting which jurors would be struck by the prosecution.

Reporters used a technique called "binary logistic regression" to quantify the effect of race. This produced a statistic called the "odds ratio" — which, in this case, was essentially a measure of how a juror's race affected his or her chances of being excluded from the jury by the prosecution.

This analysis — where reporters could see race and responses in 89 trials — showed that a Black juror's odds of being struck were 6½ times greater than the odds of an otherwise similar white juror's despite answering questions during jury selection the same way.

Nonetheless the analysis still does not prove jurors were struck because of race. That's because of other factors we couldn't possibly know without interviewing the prosecutors in Doug Evans' office in central Mississippi. They declined interview requests.

Who reviewed the analysis

APM Reports asked three experts for guidance developing our analysis and for help checking the work.