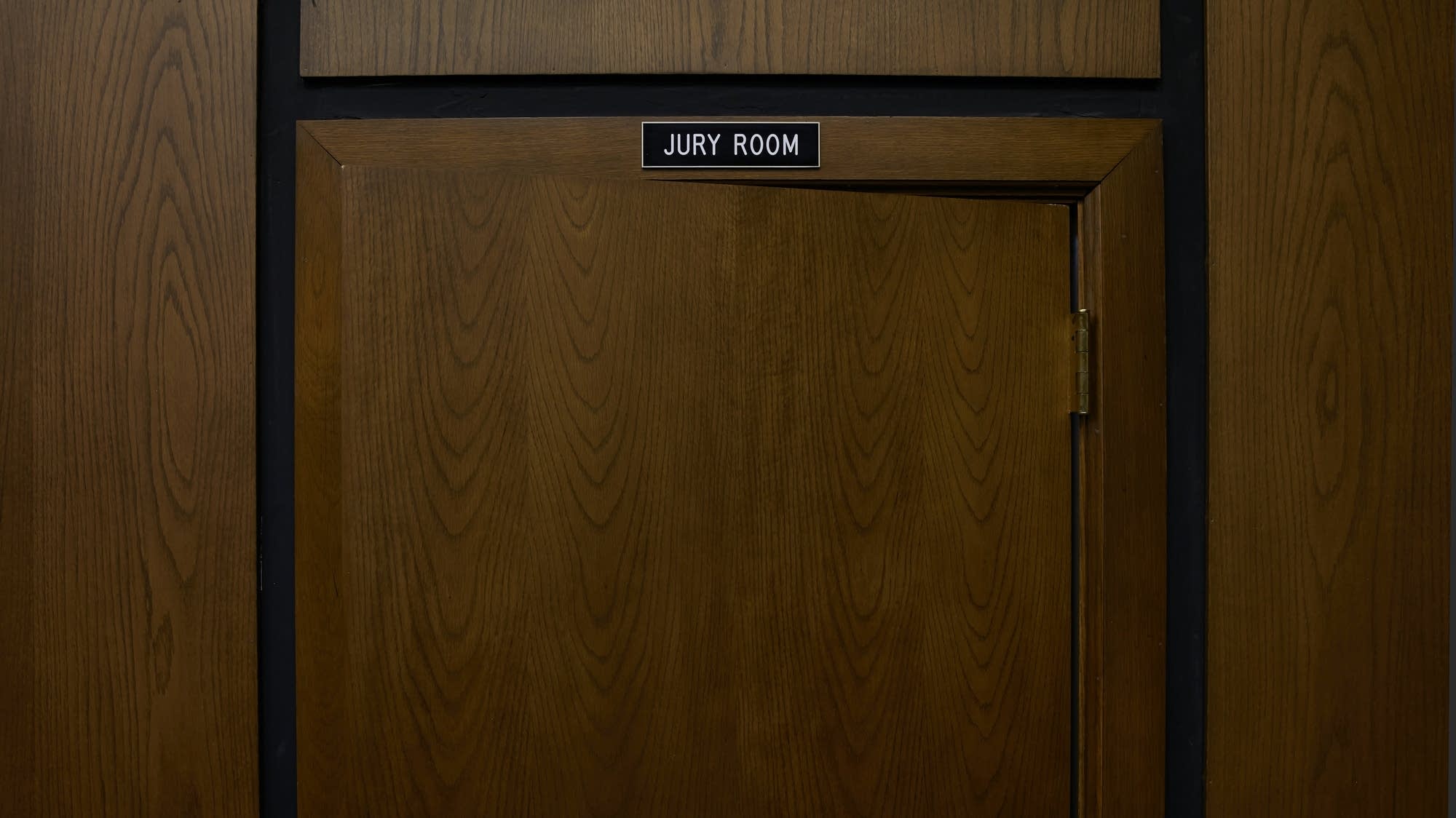 How did Curtis Flowers end up with a nearly all-white jury?
In 2010, a jury of 11 whites and one African-American convicted Flowers and sentenced him to death. Defense attorneys would later claim the trial essentially had been decided in jury selection. Here's how it went down.

The outcome of a trial can often hinge on who's sitting on the jury. In Curtis Flowers' six trials, a simple pattern has emerged. When the jury was all white, or nearly all white, Flowers was convicted. In the two trials that had more than one African-American juror, the result was a hung jury. His fourth and most recent conviction, in 2010, was handed down by 11 white jurors and only 1 black juror.

That panel wasn't representative of Montgomery County's population, which is about 45 percent black. So how did it end up that way? How did Curtis Flowers get all-white or nearly all-white juries four times?

Jury selection happens in three parts. First, a large number of jurors are called in, and the judge excuses those that aren't both legally qualified and able to serve. The remaining group of prospective jurors is called the jury pool or "venire." Next, the judge, prosecutor and defense attorney question the jurors, in a process called voir dire, and eliminate jurors who say they cannot be fair and impartial. Finally, the prosecution and defense take turns striking jurors they don't want. The first 12 people that make it through without getting struck are seated on the jury. The attorneys also choose a few extra jurors, called alternates, who hear the case but don't deliberate unless one of the original 12 has to be excused.

Using the transcript of Curtis Flowers' sixth trial, in 2010, let's look at how the prosecution and defense used the rules of jury selection to shape the composition of the final jury. Due to the high-profile nature of Flowers' case, the court called in 600 potential jurors. After the judge determined who was legally allowed to serve, 156 remained in the venire pool. The process then unfolded like a game — the lawyers went back and forth, eliminating jurors.

Scroll down to explore how that pool of 156 was whittled down to 12 — 11 white jurors and 1 black — who would send Curtis Flowers to death row.

This is the venire for Curtis Flowers' sixth trial, in the order that potential jurors were sitting. This order will be important later because it will dictate which jurors get chosen first (left to right, top to bottom).

Of these 156 prospective jurors, 66 are black and 88 are white. This racial split closely mirrors the demographics of Montgomery County.

The point of voir dire is for the judge and lawyers to find out more information about prospective jurors. They ask questions about jobs, opinions and beliefs, families, and in Flowers' sixth trial, a lot of questions about jurors' familiarity with the victims and defendant.

Over and over the judge and lawyers ask, "And would those factors influence you or affect you in being a fair and impartial juror in this case?" Prospective jurors who say yes are struck for cause.

After several rounds of questioning, 29 jurors — 18 white, 10 black, and one whose race is unknown — say they can't be impartial for a number of reasons.

Some have family members who were the victims of crime or charged with committing crimes.

Or they can't sit in judgment of others.

Or they say their jobs will make serving difficult because they work for lawyers or for law enforcement agencies.

Some know the witnesses or say they have already decided on Flowers' guilt.

In death penalty trials, prospective jurors can be struck if they say they can't vote for a death sentence.

Winona, the town where the Tardy Furniture murders occurred, is quite small. Many prospective jurors know the families of the four victims, three of whom were white.

30 prospective jurors, 28 white and 2 black, are struck because they say their relationship with the victims would make serving on the jury impossible.

There is a stark racial difference between the jurors who are familiar with the victims and those who know Curtis Flowers and his family.

No white people say that knowing Curtis or other members of the Flowers family would make it impossible to serve.

As a result of their answers during voir dire, 100 jurors are removed for cause — 51 of them black. Of the 66 African-Americans who were in the initial jury pool, only 15 remain.

After so many black jurors are struck for cause, the defense objects, arguing, "Your Honor, we are dealing with a venire ... that is so blaringly disproportionate to the population of this county."

Judge Joseph Loper disagrees that the number of black jurors removed is discriminatory, saying, "It is almost chiefly because Mr. Flowers' family are such prominent people, and he has got so many relatives and so many friends and so many of his family members that have friends."

The third step is to pick a jury of 12 people from those remaining in the venire.

Each side can reject a certain number of jurors using "peremptory" strikes. In capital trials in Mississippi, each side has 12 of these. It is unconstitutional to remove jurors because of their race, and judges will sometimes make lawyers explain the reasons for their peremptory strikes.

Prosecutors make the first move. They go through the list of remaining jurors, in the order that they're seated.

It uses its first strike to remove the fifth juror, a black woman named Carolyn Wright.

When asked to explain his strike against Wright, Doug Evans says, "She was sued by Tardy Furniture, after these murders, by the family members that will be testifying here today. ... She knows almost every defense witness in this case. She has worked with the father of the defendant."

The defense responds that Wright is similar to other jurors that the prosecutors have accepted and that they're striking her because of her race. "Like No. 17, accepted by the state, [who] has extensive acquaintance with many witnesses. ... We think [the strike] is, therefore, pretextual ... particularly in light ... of the history of race discrimination in jury selection in this district."

The judge sides with the prosecution. Wright is excluded.

The state then accepts the eight white jurors that follow and "tenders" the panel of twelve to the defense.

This is a crucial point in how an all-white or nearly all-white jury is created.

The defense can only choose from the jurors that the state has accepted. If the state strikes every black juror, the defense has no choice but to accept white jurors.

The defense challenges 3 of the 12 jurors that the state has accepted. The nine the defense accepts are seated on the jury.

Because the defense struck three jurors, the state needs to select three more. Moving in order down the list, prosecutors tender the next two prospective jurors, who are both white, and then use two peremptory challenges against two black jurors, Tashia Cunningham and Edith Burnside.

When asked to explain his strikes, Evans says of Cunningham, "On her questionnaire, she put she would not consider death or life. She was back and forth in questioning on what her opinion was on the death penalty. She knows the defendant's sister."

The defense responds, "Ms. Cunningham said that yes, [she and Curtis' sister] worked on the same line, but they ... usually worked quite distant from each other. She freely acknowledged her acquaintance and friendship and workplace friendship but said she could set that aside and be fair and neutral. The state has accepted those sorts of assurances from virtually every white juror it has tendered without more than a passing conversation."

Of Burnside, Evans says, "Ms. Edith Burnside. She stated that she knows the defendant. She knows [the defendant's aunt]. The defendant was very good friends with both of her sons. He has visited in her home many times. She also was sued by Tardy Furniture, and a garnishment was issued against her."

The defense tries to argue that the prosecution has questioned white and black jurors differently, but the judge disagrees and allows the strikes.

Finally, the prosecution accepts the next juror, who is white.

The defense rejects two of the three jurors the prosecution has picked. So there are still two open spots on the jury.

The prosecution then accepts the next two jurors, both white men...

... both of whom are struck by the defense. The defense, at this point, has used 7 of its 12 peremptory strikes.

Prosecutors use their fourth peremptory challenge to strike the next juror, Flancie Young Jones, a black woman.

When asked to explain striking Jones, Doug Evans says, "She is related to the defendant. ... She was late two different times, appearing in court approximately 30 minutes late both times. ... She was back and forth all over the place on her opinion about the death penalty... her only explanation for that change was that she said she had lied on her questionnaire."

In response, the defense says, "Your Honor, they have accepted Juror 51, who lied on his questionnaire... They accepted Mr. Huggins, 51. They apparently don't care if white people lie... They do care if black people do."

The Judge disagrees again and rules the strike isn't racially motivated. The state accepts the next two white jurors.

The defense uses its 8th peremptory challenge on one of the two jurors accepted by the prosecution.

The state uses its 5th and 6th peremptory strikes on the next two jurors on the list. The 5th challenge is against a white woman, Julia Ann Nail, and the 6th is against a black woman, Dianne Owens Copper.

After Copper, the next six jurors are all white.

The defense argues that many white jurors have connections to the Flowers as well, contending, "Your Honor, again, they have accepted — virtually every white juror they have accepted has had some connection, personal or professional as Ms. Copper has a professional workplace relationship with someone who is a likely witness in this case ... when this black juror expressed an opinion that she had formed or had a leaning, they didn't bother to try and rehabilitate her as they did with [two other jurors]."

The judge is un-swayed by the defense and sides with the prosecution again.

The prosecution accepts the next juror, James Hargrove, a white man.

The defense then has the option of accepting or rejecting Hargrove. It has four remaining peremptory challenges, but the next six jurors are all white. The defense accepts Hargrove, finalizing the jury.

On appeal, Curtis Flowers' lawyers re-argued the points made during jury selection. They said that the state had accepted white jurors that were so similar to the black jurors it rejected that the only explanation was that the prosecution had struck the jurors because of race.

The Mississippi Supreme Court, in a 2017 decision, went through these reasons one-by-one and agreed with Judge Loper on every ruling he made during the trial.